“Friendly & helpful staff. Lovely course. And went above and beyond to host the Hollywood Women’s Club Annual Tournament!”

as written by Virginia Elliott TenEick* 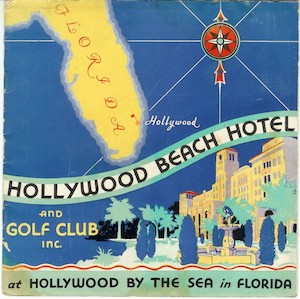 by the 1922-23 winter season, before even the foundation was laid for the clubhouse. Those first few years it was far from a scenic course, the landscaping trees and shrubs needing time to soften the harsh flatness, but the champions it attracted lauded its layout. That first winter an exhibition match was played by National Open Champion Gene Sarazen, Johnny Farrell, Jim Barnes and Jock Hutchinson. The first of those three won the British Open Championship at Troon, Scotland, in the spring of 1923, and they were back to play on the Hollywood course frequently the next winter.

President Warren G. Harding, on a winter vacation, played the course several times and on March 13, 1923 was honored at a luncheon and reception in the Hollywood Hotel after a match on the course.

Among other notables playing during those first two seasons were George Ade, 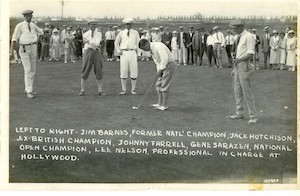 By day, the clubhouse was bustling with activity. Salesmen of the company and the town’s businessmen entertained clients at luncheons. It was the setting for elaborate bridge luncheons with social leaders from Palm Beach to Miami, as well as local women, as the hostesses.

Music was the major attraction at all the Young Company entertainment programs and social centers. Opening the Hollywood Golf and Country Club on January 19, 1924, ws the Arnold Johnson orchestra, which played a six-weeks engagement there that season, then, released from a contract with the Trianon Ballroom in Chicago, they returned the next two years for the full season at the Contry Club, with a much enlarged orchestra (all accomplished soloists) from which six or 10 were often detached under the baton of Dave Sherwood, to play at a variety and large number of programs at one of another of the hotels, while the larger part of the orchestra played nightly at the Country Club.

The formal opening of the Country Club was a never-to-be-fogotten event for not only Hollywood residents, but the throngs who came from points between Palm Beach and Miami. So great was the demand for reservations that only something like half of the first requests could be accommodatd on opening night (some 750 guests dined and danced then) and a second “opening night” was staged the following Wednesday, January 23, 1924.

A massive and ornate roof over the large rectangular dance patio, rolled away, so that dancing was under the stars. A mosiaic of colored lights gleamed softly and shifted tints from beneath the glass dance floor, which was surrounded by arched promenades. Silhouetted against the sky along the arch tops was a figure in Moorish costume – turban and white robes – a “lone sentry patrolling the ramparts.” The dinner was a gourmet’s delight prepared by a French chef. The music of Arnold Johnson was enchanting and the whole atmosphere was “magic with a mystical unreality.”

For several seasons (until after the boom burst) the Country Club was one of the most spectacular entertainment spots on the southeast coast of Florida. During that first season, several elaborate balls were staged. One, with a Japanese theme, February 23, featured a large, Oriental pagoda centering the dance floor, with Japanese laterns and captive multi-hued balloons on which spot lights played, floating above the dance patio.

The J. W. Youngs entertained with dinner-dance parties frequently at the club. Their entrance was something of a tradition, to which the other party-goers looked forward. Mrs. Young’s favorite number was Olie Speaks’ “On the road to Mandalay” (words by Kipling), and by a pre-arranged signal from the door-man upon arrival in the porte cochere of the Young’s, Arnold Johnson’s baton would raise to silence the number being played, pause for a few seconds, then sweep downward in the gesture which started his own classic arrangement of “Mandalay.” Invariably all present would rise to their feet to acclaim the gracious personality who was “first lady of Hollywood.”

The need for another golf course became apparent when the downtown Hollywood Golf and Country Club ws acquired by the Rosenthal-Kaufman interests early in the 1930’s, along with the Hollywood Beach Hotel, Park View Hotel and other properties. It became a private recreation feature of the hotels and while residents could play the course, in the winter months it catered mostly to hotel guests and winter residents on a club membership basis and greens fees were hiked considerably. Enthusiasm for winter golfing was on the rise and a second course would provide uncrowded play for both residents and visitors, so Orange Brook Golf and Country Club was built.

In June, 1942, with tourism “kaput” for the duration, Oscar T. Johnson, General Manager of Hollywood Beach Hotel, offered the hotel’s Hollywood Golf and Country Club, including the clubhouse and 18-hole golf course, to the Chamber of Commerce as an entertainment facility for men of the armed services.

It immediately became Servicemen’s Country Club of Hollywood, its operation under the direction of the local USO unit (T. D. Ellis, Jr. as chairman) in cooperation with the Recreation committee of the Borward Defense Council (Mrs. Roe Fulkerson, chairman) and the Hollywood chapter of the Council (Mrs. June Breeding, chairman). facilities. The building had the dance floor, games room, reading and writing roon, canteen, a four-bunk dormitory and showers for service men stranded and without funds – all this in addition to a championship 18-hole golf course.

*excerpts from “A History of Hollywood Florida” by Virginia Elliott TenEick 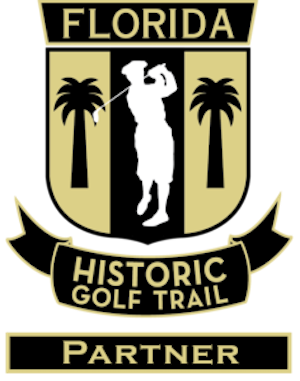 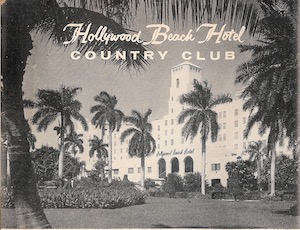 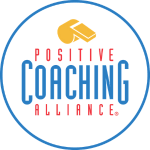